There are a lot of companies that have been working in the field of eBook publishing for long. The different companies have been amassing different revenues and measuring an idea of the total revenue will give you an idea of how the eBook industry is fairing.

When people choose to convert to kindle, they are likely to look at the top publishing houses and check out their revenue details. This prepares them to analyze how effective will be the company when they convert to ePub or other digital formats as well. 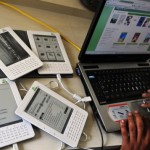 The Big eBook Publishing Companies Of The World

If you want to know how the top eBook companies have fared by merely opting to convert to kindle and other digital formats, here is a snapshot of the revenues of the big companies.

Pearson is one of the top UK Company that has managed to convert to ePub and various other digital formats. Their annual revenues have been constantly soaring and the kind of profits they have been making have managed to peak. While the total revenue of the company in 2011 was 8411 million dollars, the revenue shot up to 9158 million dollars in 2012. No doubt, Pearson managed to grab the top rank as a publishing house in both 2011 and 2012 and they are hopeful to seal the top spot for years to come. They have both eBooks as well as paperback formats as well.

This eBook publishing company works in US, UK, NZ. They are listed as the second best choice when people are looking to convert to ePub or other formats. The revenue for the firm in 2011 was 5686 million dollars and the revenue shot up to 5934 million dollars. The precision and efficiency with which they manage eBooks is praiseworthy.

A part of the Woodbridge Company, this is third in the list. Based in Canada, this company saw a little slump in revenue in 2012 as compared to 2011. While the net revenue generated in 2011 was 5435 million dollars, the revenue fell down to 5386 million dollars. The company is hopeful that they will be able to improve the earnings and scale back to the top of the ladder.

These are the top three publishing houses that tend to get maximum orders to convert to ePub and other formats and they have managed to be hugely successful. If you keep an eye on their earnings, one can sense the amount of revenue that one can make by choosing to convert to kindle and other digital formats.

There has been a big boom in the field of eBooks because most companies have managed to get good revenue from this business. People have started adapting to new technology and thus eBooks are the new trending styles. With the right flawless conversion, authors are willing to convert to kindle and get the best out of their book selling deals. The stats of revenues of top publishing houses reflect the reach of eBooks.